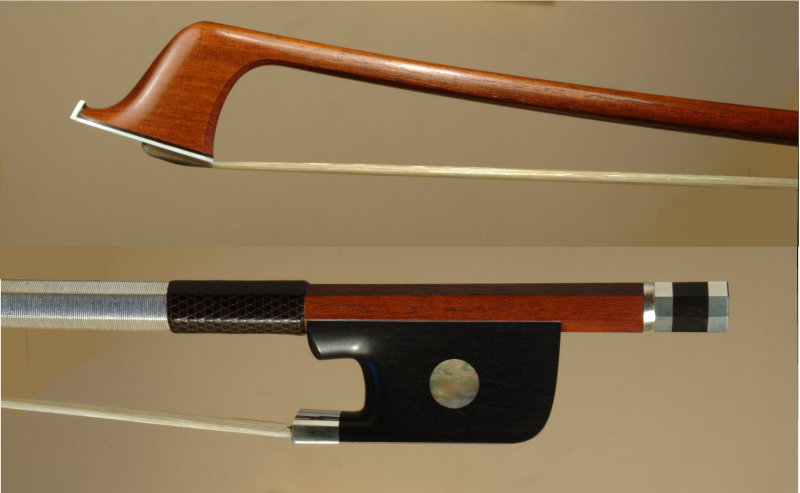 Bernd Etzler made this cello bow.

1986-1988 - Studied in the violin making workshop of the Franz Liszt Music Academy under the supervision of Ferenc Kőrösi.

1989 - Made his first bows with the guidance of Géza Sáli.

1991-1996 - Spent periods of internship at Stéphane Thomachot’s workshop in Paris.

1993 - Established his own bow making workshop in Göd.

1997-1999 - Worked as an assistant to master bow maker Pierre Guillaume in his workshop at ’Maison Bernard’ in Brusseles, Belgium where he mostly restored 19th century French bows.

1998 - Gained his master’s certificate in Budapest.

2000 to date - Constructing bows in his workshop in Göd.

2006 - Founding member of the Society of Hungarian Violin Makers.

He has won numerous prizes at international bow making competitions in recent years.

Vice President of the Society of Hungarian Violin Makers

From 2003 B.ETZLER with smaller font size.